Why Houston? In a Word, “Magical” 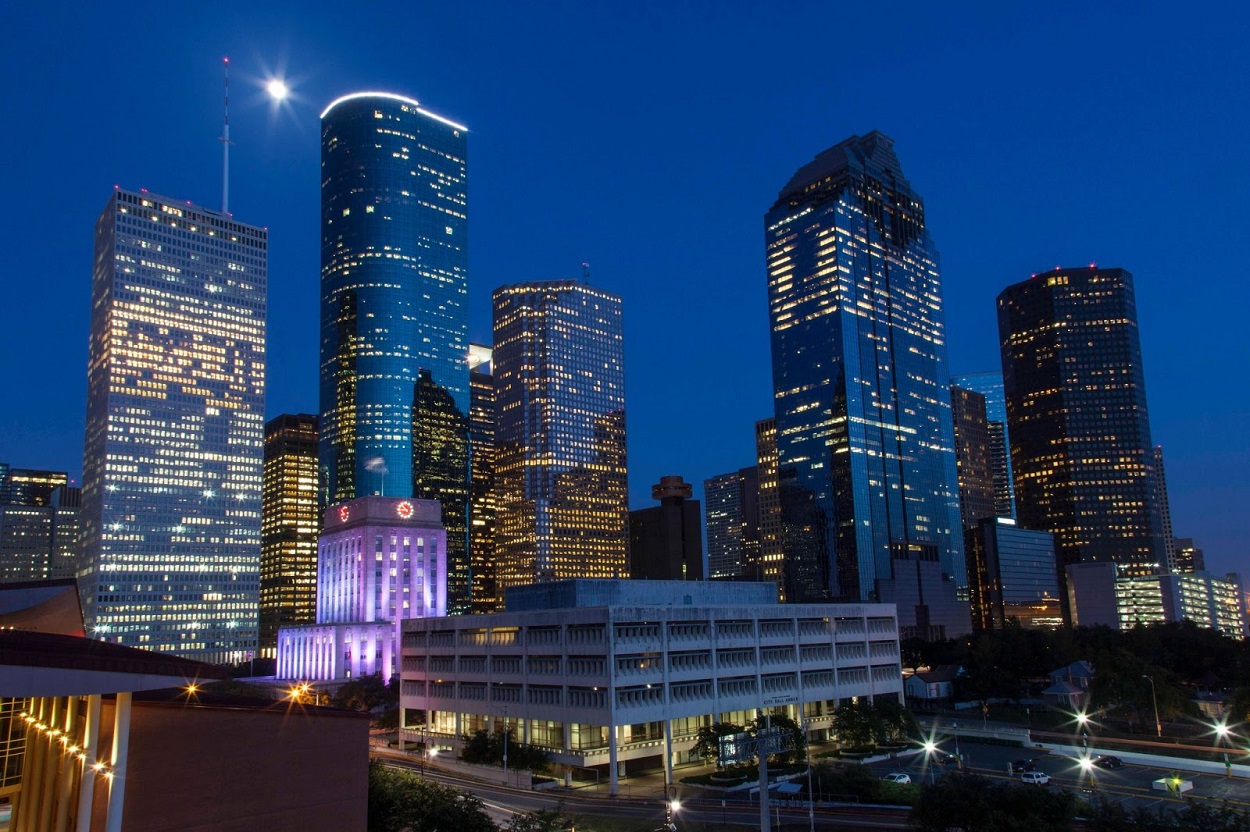 A couple of weeks ago, practically out of the blue, I received a text message from one of my former gentlemen out-of-town students. In the message he gave me New Year’s greetings and expressed “how it’s such an honor to know you as a brother, teacher and friend”. He then wrote: “Quick question, why Texas?” I assumed he meant “Why Texas?” as the place for me to host a major weekend event and I tried as best I could to state my reasons for doing so. I’m assuming I answered his question as I’ve not received a response to my reply or any additional follow-up questions.

As I answered my former student’s question, however, the thought occurred to me that others may have the same inquiry, but may be reluctant to ask. What I hope this post does is make it clear to anyone who may have had the same question in their minds once they began seeing the promotional videos announcing the October 2018 Artistic Motions Major Weekend Event. Allow me to share both reasons for choosing Houston as well as my perspective on the people in the Houston urban dance community.

What I’ve discovered as a result of my interactions with the people of Houston’s dance community is that they’re not hung up on the cost of things in which they see value. I haven’t had one instance where anyone balked at the expense of doing anything that I required billing for…not one single instance! The people that I’ve come to know don’t mind paying for what they want. This afforded me the opportunity to teach workshops and privates for more than a year in Houston consistently and without fail. I appreciated the students appreciation of me and I wanted to reward my students for their dedication to learning Chicago Steppin’ and for them selecting me as the person to provide them with their initial introduction to the dance. In my mind, it made perfect sense that Houston, Texas would be the first city to represent both the dance and the Artistic Motions brand on a national level – it is a partnership birthed out of sincere appreciation and love. I also chose Houston for other reasons and they all tie in together rather beautifully in my opinion. Moving on…

The Houston dance community is hungry for Chicago Steppin’ and they’ve shown me, as an instructor, nothing but love and appreciation for more than a year. I’ve had the distinct pleasure of offering instruction, both public and private, monthly in Houston since December of 2016. In terms of the Houston dance community’s Steppin’ experience, they are growing by leaps and bounds weekly as other prominent instructors and dancers visit the city to conduct workshops and various dance events. While the Swingout and Two-Step dance community is still very strong in Houston, the presence of Steppin’ as another dance genre in the local dance community is becoming more of the rule rather than the exception.

I Shared an Experience

Since my initial days of providing instruction to Houston students, I’ve been telling them about my experience and initial exposure to the dance and how marvelously beautiful it was. Many of you have heard or read the story of my initial exposure to Chicago Steppin’ at the Willowbrook Grand Ballroom: the beautiful people, the wonderfully unique music and the great dance venue. That initial experience was so impressive to me that it was as close to a true spiritual experience as I’ve ever had in dance. I consistently shared that experience with all of my students in Indianapolis in most of my Saturday classes and made the goal of all AM students one of becoming a better dancer in order to maximize their initial and continuing Willowbrook experiences. None of my Indy students ever expressed a sentence of disappointment attending any Willowbrook events.

Showing Is Better Than Telling 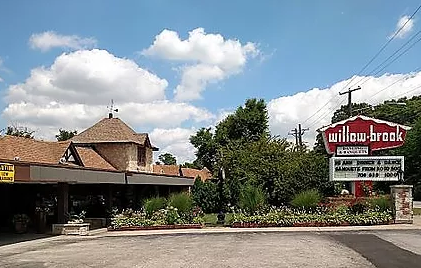 As I shared my story with my Houston students, they would follow my thoughts and smile as if they could visually see exactly what I was speaking of as I described the magic of my initial and subsequent Willowbrook experiences. Many indicated that they wished they could have seen or been a part of the many magical moments I was sharing. It was in those moments of reflection and sharing that I decided that it would be better to show them what I was talking about than tell them. That’s where the idea having my first national Steppers set came from. I want the people of Houston to know what it feels like when attending a Steppin’ event where every aspect and detail of the event does to them what it did for me. I fell in love with Steppin’ the first time I saw it – in that beautiful, magical place called the Willowbrook Grand Ballroom.

Sadly, the Willowbrook Grand Ballroom no longer exists. The nearly century-old, historical venue burned to the ground in October of 2016 and hasn’t been rebuilt. Students coming into the dance now will never get to experience the magic that the Willowbrook provided for organizations hosting their events in that venue. What Artistic Motions can do, however, is strive to find the right blend of attributes necessary to re-create that same magical environment for students of Chicago Steppin’ and for other adults seeking a unique visual dance experience. That is exactly what this new promotional AMMWE endeavor is all about. We want you to fall in love with Steppin’, so we’re creating the environment that we believe will allow you to do so. And should that happen, you will never, ever be the same! That I can promise you!

Houston Had the Venue

As you can tell from my going on and on about the Wlillowbrook, the venue factored in greatly with my initial exposure to Steppin. The venue for the AMMWE main event will help set the perfect tone for what we hope to accomplish in sharing our wonderful art form with other dancers as well as those who do not dance, but still look forward to having a wonderful time in a magnificent environment. The Imperial Banquet Hall is one of the most gorgeous, intimate venues I’ve seen in my entire Steppin tenure. It is just big enough to have a good amount of people in attendance, yet small enough to have an intimate feel to it. I’m excited that we were able to secure the venue and I’m confident that our guests will be satisfied with our selection of this venue for “An Evening of Exceptional Elegance”. It will be, a truly exceptional evening.

I firmly believe that Houston – and many around the country who plan to attend the AMMWE for that matter – really doesn’t understand exactly what they’re getting just yet. And the AM team is betting long on being able to accomplish the aggressive goal of creating an environment that people can appreciate because of how it makes them “feel” just being in the environment EVEN IF THEY’RE NOT DANCERS. We’re making every effort to meet and in some cases, exceed our very own expectations and if we can do that, I’m confident that success in imminent. I’ll tell you why and this is my final point…

The total black population of the state of Texas is approximately 3,138, 725 people (per Black Demographics), the third largest black population in the United States after New York and Florida. The black population of Houston is approximately twenty-four percent of the total city population of 2,303,482 people. We’re hosting an event for only four hundred people in the city. That’s just .07327% of the total Houston black population! I especially love these odds, considering the fact that the black state population of Texas is huge (and they dance all over the state). Additionally, our event is national in scope, therefore we plan to have people attending the event from all over the country. We’ve achieved considerable name and brand recognition in the state of Texas as a result of a recent dance showcase shared with YouTube viewers across the state and we’re hoping to get a good return on that goodwill investment.

Finally, I hope that my explanation helps you better understand why I chose Houston for our first national event. I’m excited about what I know is coming for the students I’ve touched there and for the urban dance community there in general. What we’ll be offering a small group of people in Houston is a piece of something that we found valuable, something that we hope they can all relate to: the familiar, but seemingly forgotten participation in the magnificence and majesty of black excellence as reflected in the space in which we participate in a dance event and the manner in which we do it.

The final weekend of October will be the opportunity to share with the Houston dance community what I’ve long come to know…that when everything about an evening of dance is right, the end result is nothing short of “magical”.